A current pandemic of coronavirus SARS-CoV-2 causing the disease COUVID-19 have fully shown us how important is the correct diagnostic for controlling the spread of the infection.

In an initial phase of the increase of the number of infected persons in Slovakia, the testing was continually limited by a global lack of the reagencies necessary for the isolation of the virus RNA and, consequently, for the realisation of its transcription to DNA and PCR amplification. The scientific employees of the Department of Virus Ecology from the Institute of Virology of the Biomedical Research Center SAS (Institute of Virology BMC SAS) led by RNDr. Boris Klempa, DrSc., had a personal experience with this situation when they took the initiative and, with the support of the government, became involved in the testing process in order to strengthen the capacities of the Public Health Authority of the Slovak Republic. The insufficient number and the different quality of the reagencies constantly made them to adapt to the new conditions of testing and continuously optimise its progress.

Just at the time when RNDr. Boris Klempa, DrSc. and his colleague RNDr. Juraj Koči, PhD., together with the scientific director of the Institute of Virology BMC SAS MVDr. Juraj Kopáček, DrSc. had to urgently solve the problem of the lack, or bad quality, of the key components of the PCR test, the offer appeared form Pavol Čekan, PhD., who leads the MultiplexDX firm primarily focused on the innovative oncological diagnostic, that he is able to synthesise these components for us. Immediately, along with the help of Lambda Life and ProScienceTech firms, as well as with the participation of the team of RNDr. Tomáš Szemeš, PhD. of the Comenius University Science Park (CU SP), an effective co-operation developed, which was given the strong financial support from part of the ESET firm, as well as the moral support from part of the member of the Permanent Crisis Staff, Dr. Róber Mistrík.

Each of the participants contributed by a significant share to the development of the Slovak testing called vDETECT COVID-19 RT-qPCR. Scientists of the BMC SAS participated in the quality verification and the functionality of the individual test components, in the validation of the test on the clinical samples, as well as in the isolation of the virus and preparation of the virus RNA which serves in the test as a positive control. Huge credit goes to the MultiplexDX firm for the optimised design of the specific components of the test, which improved its quality, and for the production of these components. The CU SP team sequenced RNA from viral isolates, which was used as a positive control, and also participated in the test validation and optimisation of the conditions of its practical use. ProScienceTech and LambdaLife firms delivered the components necessary for the reverse transcription and the PCR, and they participated in the design of the validation protocols necessary for the certification process and completion of the kit.  The supporter of the whole development, the ESET firm, engaged in the process of preparation for the certification of Roman Oravec from the non-profit organisation CCCT, who coordinated the validation testing and prepared the materials for the test registration at the State Institute for Drug Control of the Slovak Republic.

The intensive and devoted cooperation bore its fruit. vDETECT COVID-19 RT-qPCR kit on 14. 5. 2020, received the STDC certification to be used in in vitro diagnostic and today, on 15 5. 2020, a hundred thousand tests were ceremoniously handed over as a gift to the Slovak Republic, which the state laboratories can immediately use for testing.

Despite the fact that the number of infected persons in Slovakia is decreasing, the testing, by means of the new Slovak kit, will be a significant tool for monitoring the spread of the infection, especially in conditions of the gradual loosening of the anti-epidemiological measures and opening of facilities and schools. Simultaneously, it will be a guarantee of the quick identification of a possible second wave of the epidemic. It also presents the guarantee that Slovakia will be able to quickly and effectively react to other epidemics caused by known or newly-developing viruses.

The new Slovak RT-qPCR kit is, however, also a symbol of the effective cooperation between the academic and private sector, and an example of how the successful IT firm such as ESET can help to fight the pandemic by stimulation of the creative activities beneficial for society. 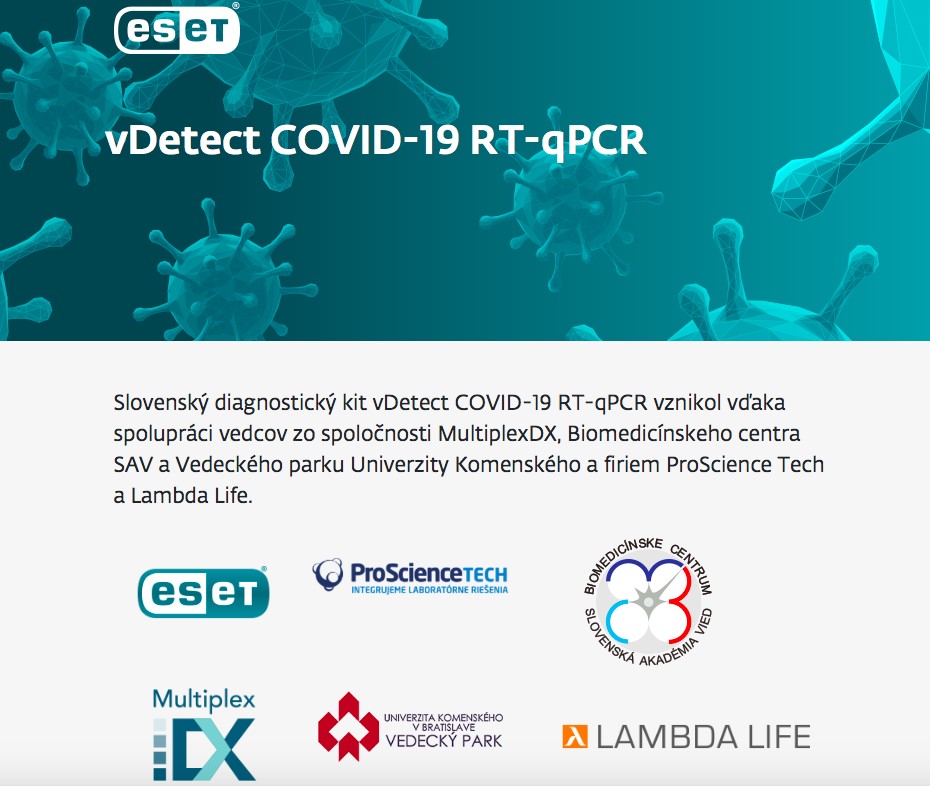 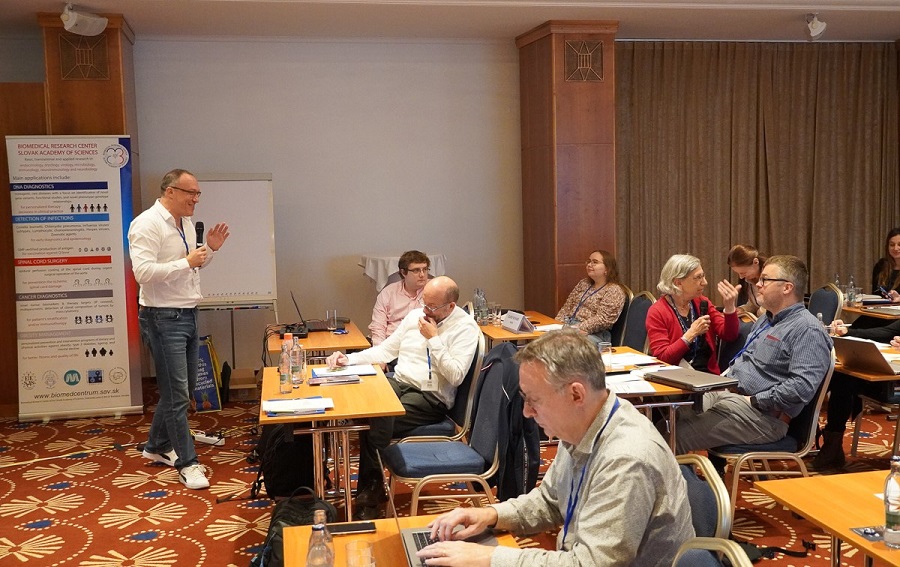